No doubt that it would be very inspiring to wear a mini-Hokusai painting in your wrist. Fortunately, Jeager LeCoultre debuts a new timepiece which has a Hokusai painting on the back case. The new limited-edition Jaeger LeCoultre Reverso tributes “Kirifuri Waterfall” by Hokusai.

Ukiyo-e is a Japanese art genre that refers to the paintings of the period in which daily life, beyond the portrait, unlike hedonistic Edo Period (1603-1868). In the earlier times, Ukiyo-e was drawn to pages with brushes. Later on, artists began to use woodcuts and Ukiyo-e has become accessible to everyone. Thus, many people could hang “Great Wave” by Hokusai on the walls of their houses and Japanese artists began to go on long journeys to draw landscape paintings.

The Japanese painter and ukiyo-e artist Hokusai (1760-1849) went on journeys likes his contemporaries, and this prolific artist created his monumental woodblock prints series “36 Views of Mount Fuji” in his eighties. The famous “The Great Wave off Kanagawa” (Kanagawa oki nami ura) is also included in this series. Jaeger LeCoultre has paid to tribute ukiyo-e technique for first time in 2018 with “The Great Wave off Kanagawa”. “We got this technique from the East as well as glass, textiles, and ceramic,” the brand explains in a statement.

This time, Jaeger-LeCoultre chose Katsushika Hokusai’s “Kirifuri Waterfall” paintings to celebrate Reverso’s 90th anniversary celebration. This painting is included in “A Tour to the Waterfalls of the Provinces”, a series of eight woodblock where the artist draws waterfalls that he visited in different parts of Honshu between 1831 and 1833. This series made history as the first series to use waterfall theme.

The artists in the brand’s Rare Handcrafts Atelier rolled up their sleeves in order to draw this layered picture (37×24.5 cm) in one-tenth size and with the miniature enamel technique on the watch and to give it an ukiyo-e look. Of course, it was not easy at all to give the three-dimensional looking and sharp colors of this Kurokami Mountain and waterfall flowing from 100 meters. In the original of the painting, multicolored woodblocks were recreated at each layer for bokashi effect. On the other hand, Jaeger-LeCoultre enamel artists had to develop their own techniques for bokashi effect, and more than 70 working hours were required to paint the miniature masterpiece on the case back.

A wavy guillochè pattern was used to give the appearance of moving water on the dial, which has waves on the back, this pattern was executed by hand on a century-old lathe. The translucent green grand feu enamel dial was made in eight hours, then took five working hours to complete after baking. Many hours of research and experiment were required in order that the dial color would perfectly match the painting on the reserve, and that the painting would give a faithful rendering of original colors.

Let us commemorate Hokusai with admiration and leave you with a few pieces from the “A Tour to the City Waterfalls” series. 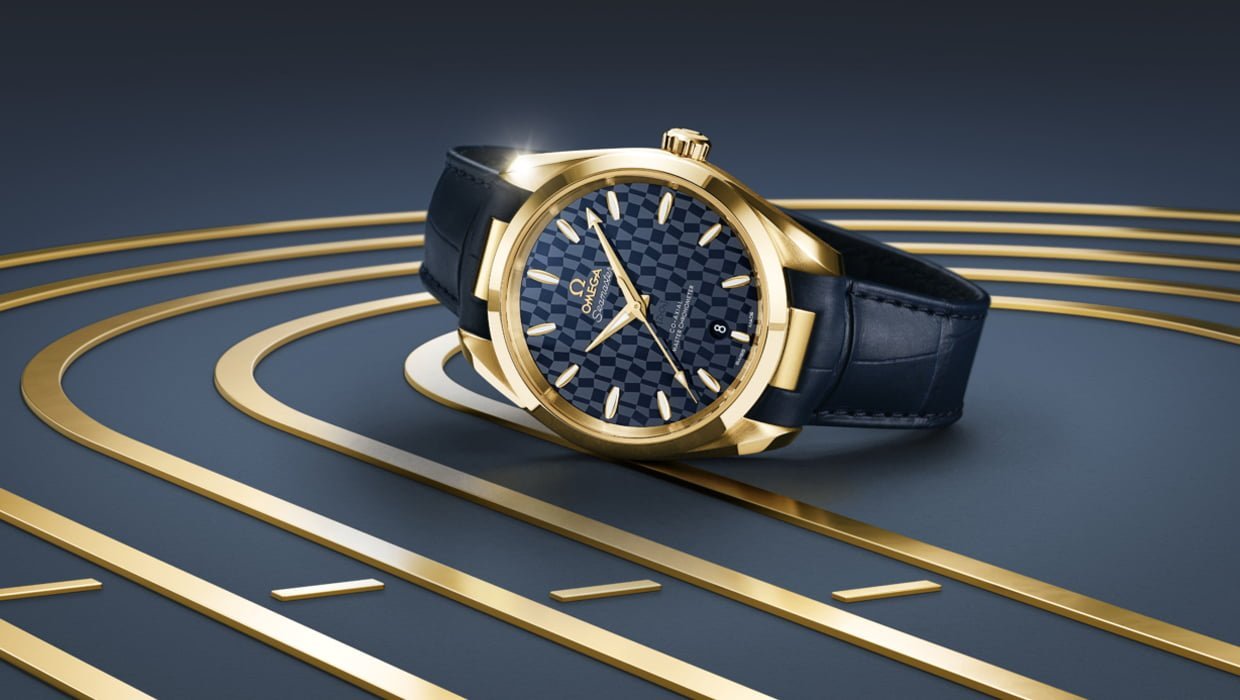 Omega will serve as the Official Timekeeper of the Olympic Games for the 29th time since 1932. 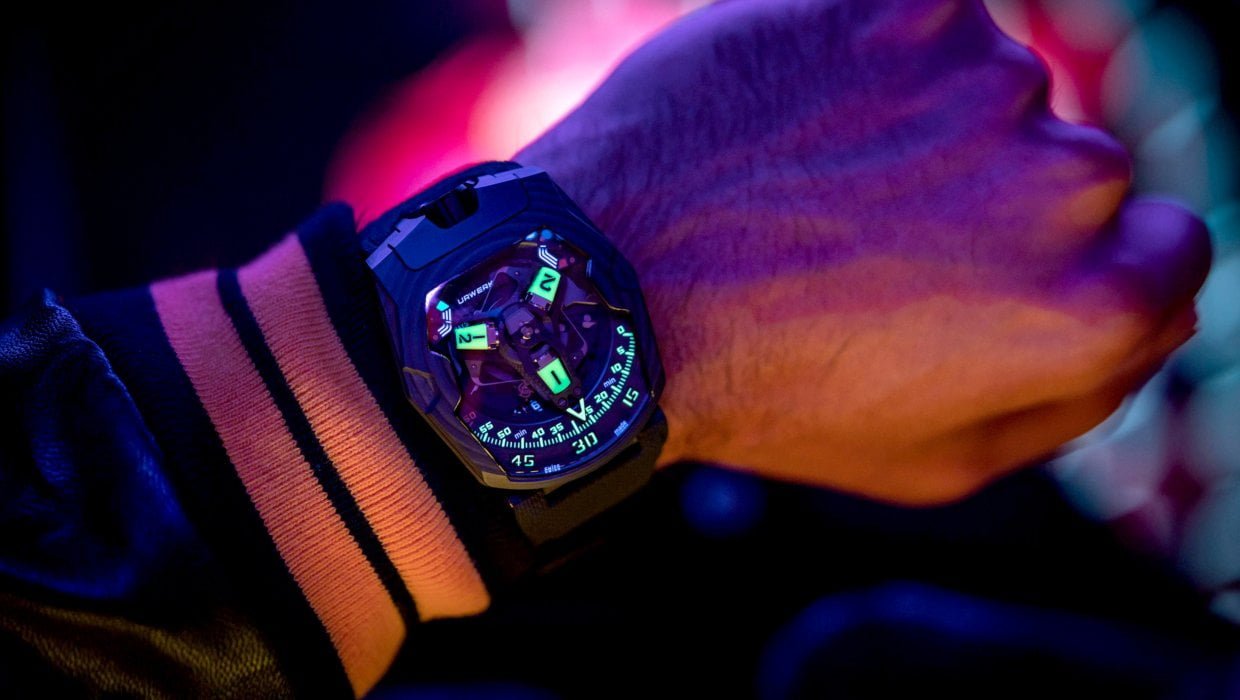 A Watch Inspired by Isaac Asimov

The Urwerk UR-220 SL Asimov light up the night like a torch thanks to the pigment-based luminophor, just like “Nightfall” story written by Isaac Asimov. 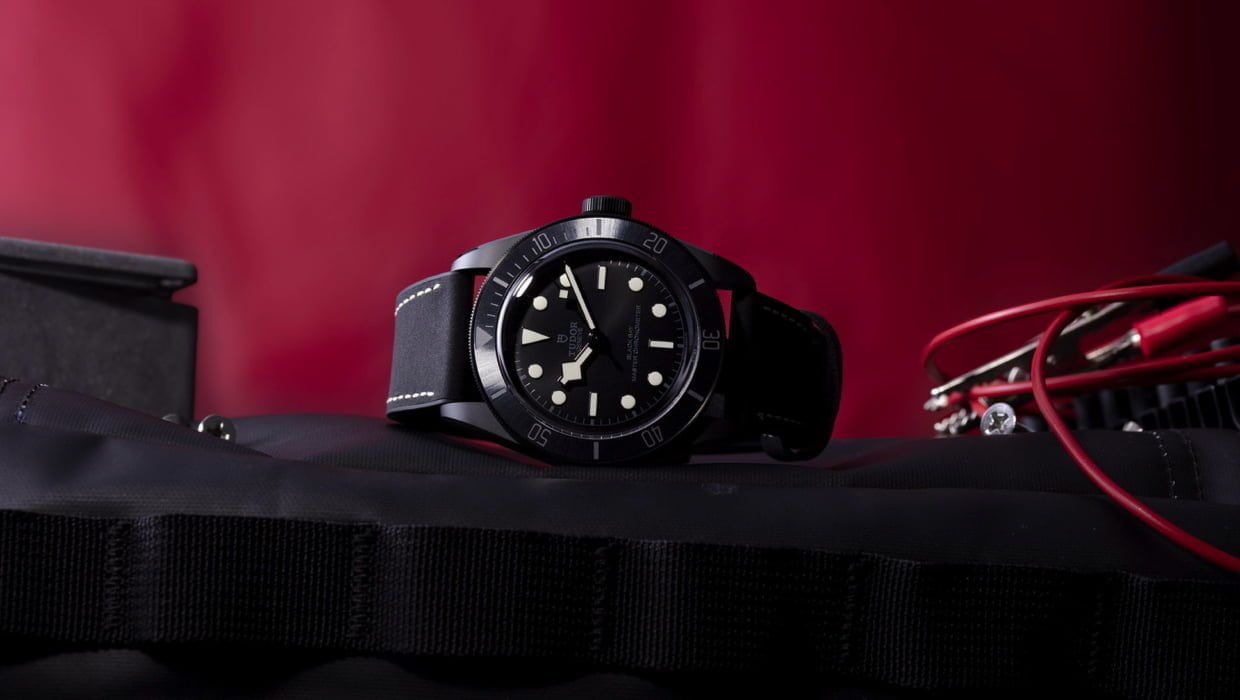 Tudor is launching the Black Bay Ceramic model, which is an extraordinary watch with its matt black ceramic case.