A couple of vintage G381 models with the historically significant El Primero movement, which have been untouched for 50 years by chance, are being offered for sale worldwide for the first time as part of Zenith Icons.

VivaTech, Europe’s biggest start-up and tech event, which was postponed last year due to COVID-19, was finally held between 16-19 June. One of the most important participants of the event in Paris was the LVMH group. A latest new from Zenith, which is the shining star of the group, was announced for the first time at the VivaTech.

The news that got the watch enthusiasts excited is that there were a few vintage G381 models that remained in an “untouched” condition for 50 years. The watches were produced for the authorized Zenith retailer in the city of Salerno, in southern Italy in 1971. These timepieces, which even have the gelatin glued on the back of the case at the factory, were purchased for consideration in the Zenith Icons collection and will go on sale in all Zenith boutiques on June 21.

The Zenith Icons project is assembled by a team at Le Locle to present only the best examples of historically significant reference models and revivify to vintage watches, and when it is examined and approved by the heritage department, it is restored by the manufacture and the watch’s passport is issued. As part of the Zenith Icons collection, which focuses on iconic El Primero models for now, vintage watches that have undergone all these processes are sold only in Zenith boutiques, with a corporate guarantee.

Behind the Icons project is a comprehensive archive containing the information and documents for all Zenith watches. The archive, which is the foundation of the Zenith heritage division, could be survived the Quartz Crisis and has survived until today thanks to a visionary but rebellious employee who takes care of the institution.

A US company named American Zenith Radio Corporation (AZRC), the biggest electronic equipment manufacturer of its time, believing that the future was in quartz watches, wanted to take advantage of the similarity in name and bought most Zenith shares in 1971. AZRC gave importance to producing quartz watches to take advantage of Zenith’s reputation. However, the company, which could not find what they expected, stopped the production of El Primero in 1975, and ended the production of watches in 1978. The company also decided to throw away the archive containing all the machinery and movement drawings (including El Primero) used in the manufacture of precision mechanical watches. The watchmaker Charles Vermot, who could not accept this decision, rebelled, and secretly hid the technical archive and machines, including the drawings by building a wall in the attic with a heroic act! In same year, the company was sold to Swiss Dixi Group. Zenith was also started to recover during this period, also produced again mechanical watches by joining Louis Vuitton Moet Hennessy (LVMH) in 2000. After the new administration consulted Charles Vermot, they saw the archive behind the wall and Zenith returned to its former glory of days. (This wall is still in the production house.)

Thanks to this legendary archive, the Zenith heritage division can identify and verify even the smallest component of any watch ever produced. The manufacturing management and the heritage division has collaborated to ensure that all parts of G381 are authentic and compatible.

The G381 is one of the models introduced alongside the A386 in 1969 in the early days of El Primero and in the race to present the first automatic chronograph. As is known, El Primero, the world’s first automatic chronograph, works with 10 vibrations per second and 36,000 vibrations per hour. By contrast with its more commonly seen steel brother the A386, the G381 was also produced in small batches from 1969 to 1972 as only 1.000 pieces. That is why, the G381 is one of the most popular El Primero models for collectors. Indeed, upon the demand in the market, a redesigned model with an El Primero movement developed was launched to commemorate the 50th anniversary, in 2019 but collectors’ search for the G381 did not end.

G381 features the same case design with the A386, but it is in 18k yellow gold. On the other hand, A386 differentiates with larger, silver-colored hands, sub-dials in three different colors and interlocking at the ends, whilst the G381 has panda-style white-lacquered dial gold-colored hands.

The vintage G381 models with the El Primero movement, which are one of the concrete products of Zenith’s ecological design approach and which have a great historical importance, will probably find their new owner in a short time. 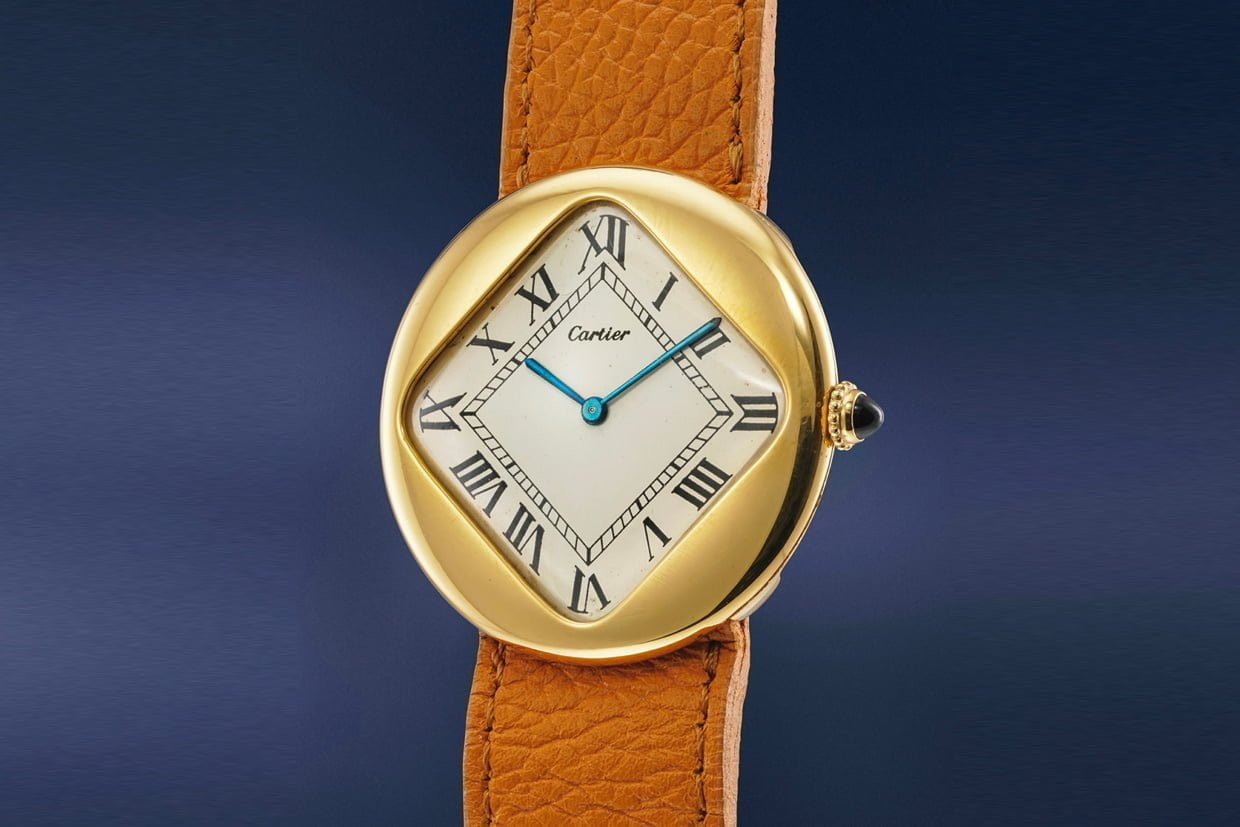 The Circle, The Square: Cartier Baseball

One of the vintage watches sold at the Phillips Geneva Watch Auction last week opens the window to the heyday of Cartier London in which independent styles were produced, in 1960s.