Rahmi M. Koç Museum is Turkey’s first and only industry museum. A large scale of the Museum collection, which reflects the developments in the history of industry, communication, and transportation, consists of very rich maritime items. The collection features about 1,000 objects from ship models to sailboats, from ephemera to canoes, from the Sultan’s boat to steam yachts. With these objects, the museum has an important role in terms of maritime history and culture. Besides, the best pieces of the collection selected by the museum draw attention. This list includes objects from Clodia to a headfigure of a confused sailor.

The Fenerbahçe Ferry Boat, which was built in 1952 with its sister ship the Dolmabahçe Ferry in Scotland, is the most popular object of the collection. The ferry is one of the so-called “garden type” and went into service on 14th May 1953 as a part of the Turkish Maritime Lines Fleet. For many years the ship plied the Sirkeci- Adalar –Yalova-Çınarcık line between İstanbul and the southern shore of the Marmara Sea, making its last farewell voyage on 22nd December 2008. Now, visitors can enjoy the nostalgic atmosphere of the café.

The Most Interesting Objects

Activist Giacomo de Stefano had traveled from London to Istanbul in 6 months and covering 12 countries -5,200 km- by the River Navigator Clodia. Since 2012, the boat is exhibited at the museum.

The name od the yawl under this lyrical title is Kısmet. Between 1965 and 1968 Sadun Boro and his wife Oda, were the first Turkish yachtsmen flying the Turkish flag to sail around the world in their yacht Kısmet.

The Rosalie is one of the oldest steam tugs in the Europe. The steam tug was built in 1873 by the Kinderdijk J & K Smit Shipyard in the Netherlands for the Dutch Ministry of Defense. Until 1921, she served under the name so-called “Den Birel” in the Torpedo Organization in Brielle.

My favorite thing in this young object is its sweet name called “Ittir Kaktır”. Ittir Kaktır is a recreational boat and a tug. It was built in 2020. The tug is 10.06 meters long and it has 150bhp.

The wooden sailor figurehead depiction of a confused sailor, which has been a part of collection since the foundation of the museum, is the oldest piece of the museum collection. The figureheads, meant to protect the sailors, were used until the 20th century.

The ship’s rudder was taken from the Acar Ferry and exhibited in the Atatürk section. Since Atatürk had used once the rudder once upon time, it may be the most nostalgic piece of the collection. The Acar Ferry was built in Germany in 1937. It was also used by many ministers as well as Atatürk.

The lightest object of the collection might hit on your shores… Tiny ship models in glass bottles in the collection had become a favorite hobby for sea enthusiasts since the 1860s.

As you guess, heaviest object is a submarine: the Uluçalireis Submarine was built in 1944 in length of 93 meters and weight of 2,400 tons. On 2nd July 1971, she joined the Turkish Navy and was given the name TCG Uluçalireis with pennant number S-338.

With 7.5 cm long and 5.2 cm width, the pocket compass produced by Bezard is the smallest piece of the collection.

As a bonus, we would like to recommend, who have not yet seen the painting exhibition, “Zaman Yolcusu Vapurlar”, which is currently exhibited at the Rahmi M. Koç Museum. Curated by Erdem Cever, the exhibition consists of three sections and includes paintings of 57 important ferries such as Bandırma Ferry, Gülcemal and Peyk-i Şevket. 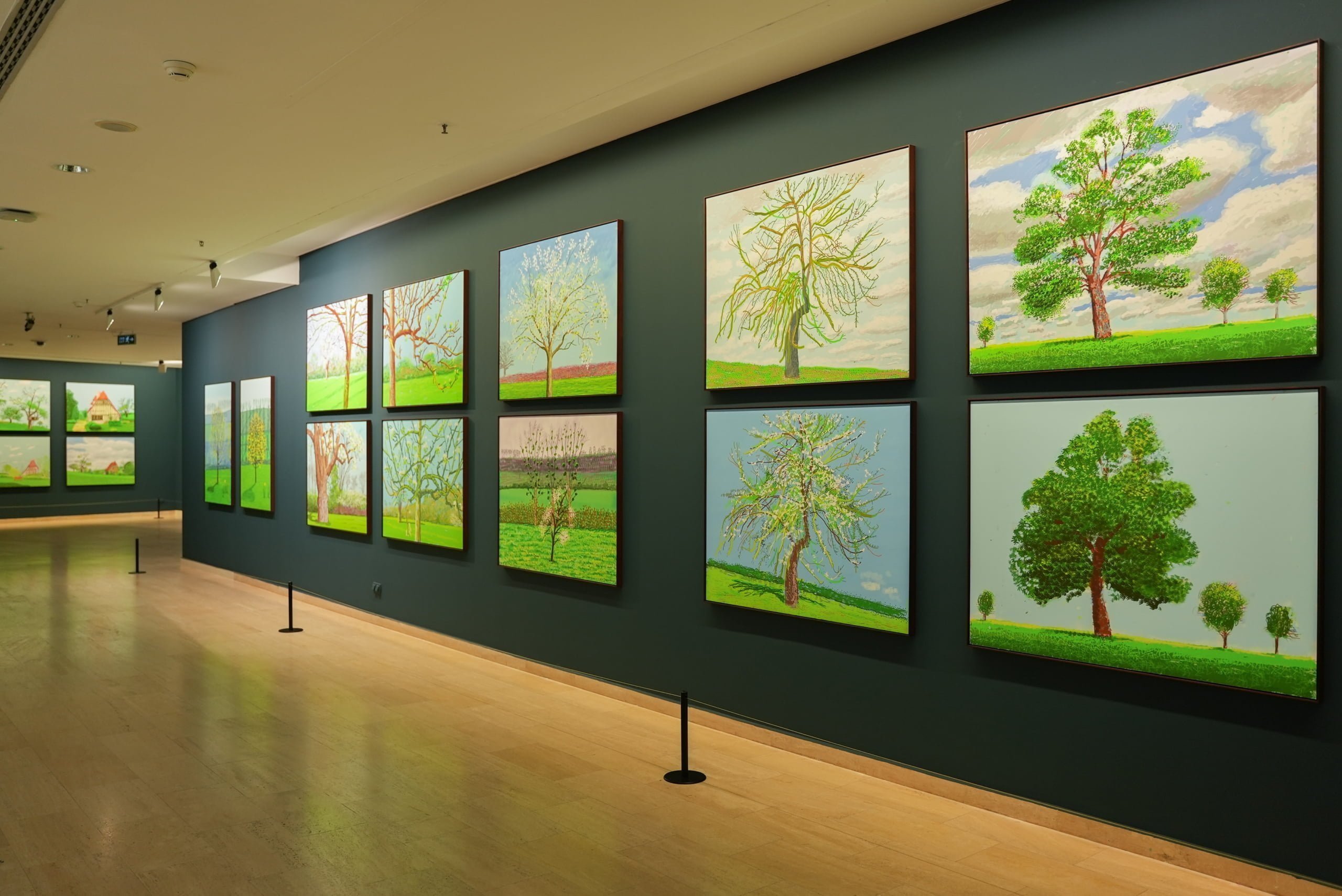 Praise to Spring by David Hockney

“The Arrival of Spring, Normandy, 2020” consists of paintings by David Hockney in his old country house in Normandy, just at the beginning of the epidemic. Hockney paintings, which were previously exhibited at the Royal Academy and Bozar in Brussels, are now at the Sakıp Sabancı Museum. 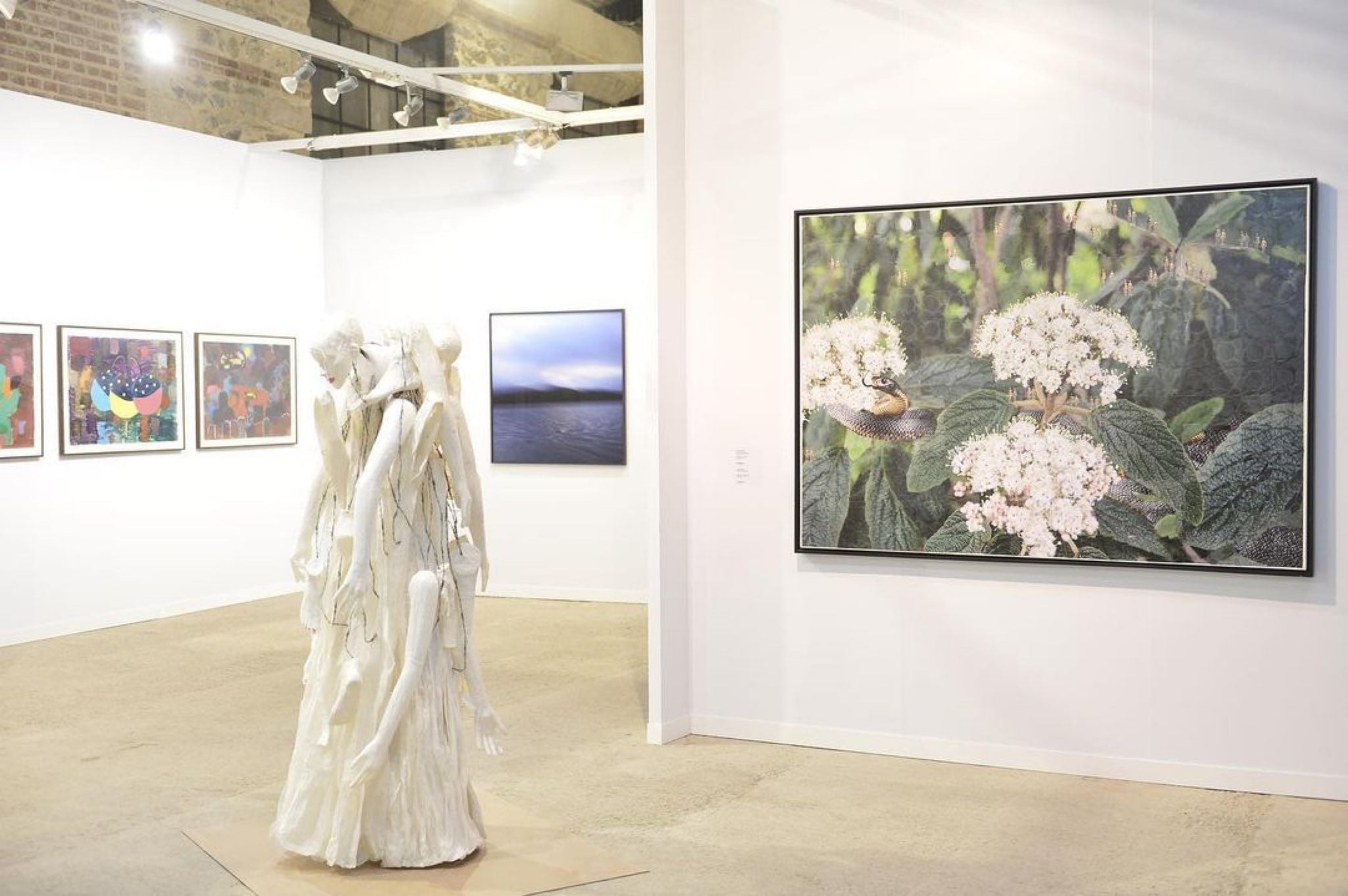 CI Bloom, Contemporary Istanbul's new art fair focusing on contemporary art in Turkey, will be held at Tersane Istanbul on 12-15 May. 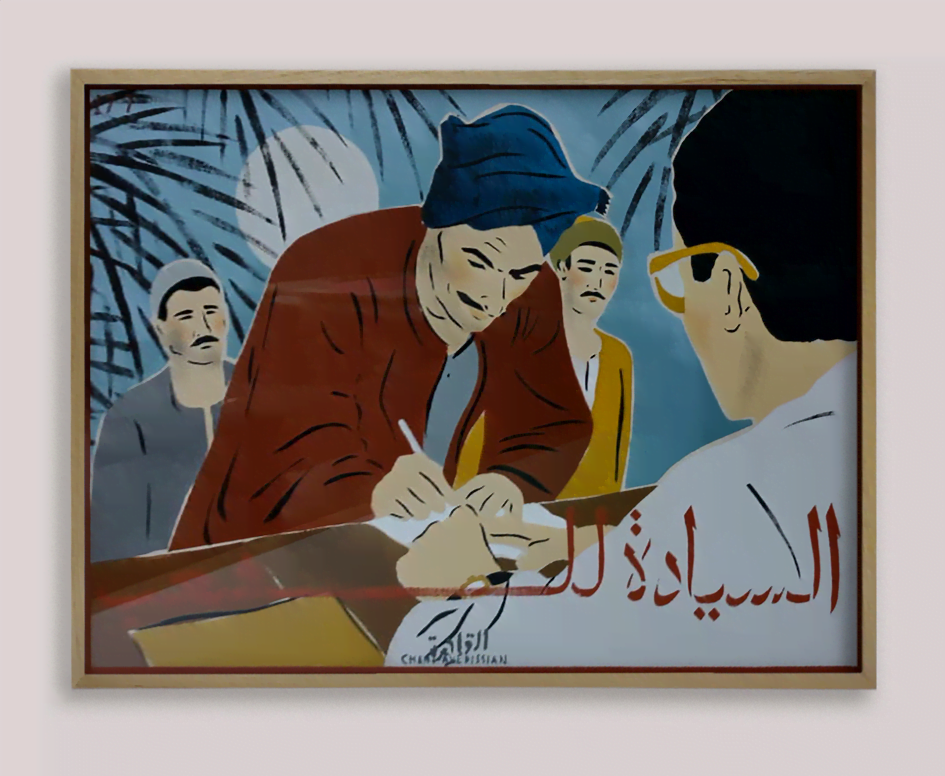 More than a hundred galleries from 44 countries participated in Art Dubai, which was organized for the 15th time this year. Including a selection of Refik Anadol’s new media artworks, the highlight of the 15th edition was the Art Dubai Digital section.