One of the iconic accessories of sports history is Jack Nicklaus’ wristwatch. The story of Rolex, the legendary golfer and accompanier many of his victories, had begun incidentally…

The debate about who is the best golf player of all time comes often to the fore. Tiger Woods, which emerged in the 1990s and became the number one phenomenon of golf in the internet age, is the most frequently mentioned name in this debate. Arnold Palmer, who presents a transformative effect like Tiger in the 1950s, and Jack Nicklaus, who managed to win the major tournaments of the sport 18 times, are the other figures that are often mentioned name in this debate. Particularly, the majors; his incredible performances at the Masters, British Open, US Open and PGA Championship put Nicklaus a little ahead of his competitors in terms of success.

Jack Nicklaus, who was born in Ohio in 1940, would be understood how he was talented, when he first picked up bat. Moreover, it was the right time, and the most ever glorious days of golf were approaching. The natural charisma of Arnold Palmer, who was regarded as TV’s first sports superstar, began to reach the masses. While golf was turning into both popular and lucrative pursuit, Nicklaus was the best young player in the United States. He had just made his name in amateur tournaments and, so to speak, intimidated his following rivals. As a matter of fact, he won all cups throughout his career.

In that period, the recognition of golf was accelerating not only locally, but also on a global scale. So much so that starting from the 1960s, the actor group to be referred to as the “The Big Three” was formed; South African Gary Player also joined to Arnold Palmer and Jack Nicklaus. In an interview with Golf Digest, Nicklaus recalled those days, “We were good friends who loved each other very much, but also we were giving of our best to be best.” When it came to finishing tournaments first, Nicklaus was undoubtedly the best. He was nicknamed the Golden Bear because of his blond hair and beefy physique and would not descend from the top till the eighties.

If you want to go back and browse through quite a few photographs where Jack Nicklaus raised a mug, it is possible that you will be caught in another detail. Because Nicklaus is also owner one of the most famous watches in the sports world. He even delightedly told the story of the Rolex Day Date, which he had not taken off his wrist for over fifty years, in the episode where Hodinkee YouTube channel was a guest on the Talking Watches :

“Arnold had relationship with Rolex, and we were invited to an event, while we were in Japan for a tournament. They wanted to give a watch as a thank you for participating, but I had never worn a watch before. Gary told me, “Take that one, it is the best,” and I received the gift the next April. In that time, that watch was retailed 300 dollars and I have worn this watch all my life. Probably, afterwards I carried it in every tournament I won, in the cup ceremony and in every photo I took. I just put it in my bag while playing, then wear it again…”

The gold Rolex, which Nicklaus has not taken off his wrist for many years as if referring to his nickname, found buyer for $ 1.2 million in the auction held in 2019. With the transfer of all the income to the child health foundation established by the famous golfer, the friendship of the iconic watch and the legend has come to an end for the sake of good cause. You can come across Nicklaus, who soon started wearing the black dial version of the same model, still watching some tournaments, despite his advanced age. Whether he is the best in history or not is certainly debated, but it is impossible to doubt his love for the sport and his devotion to his watches. 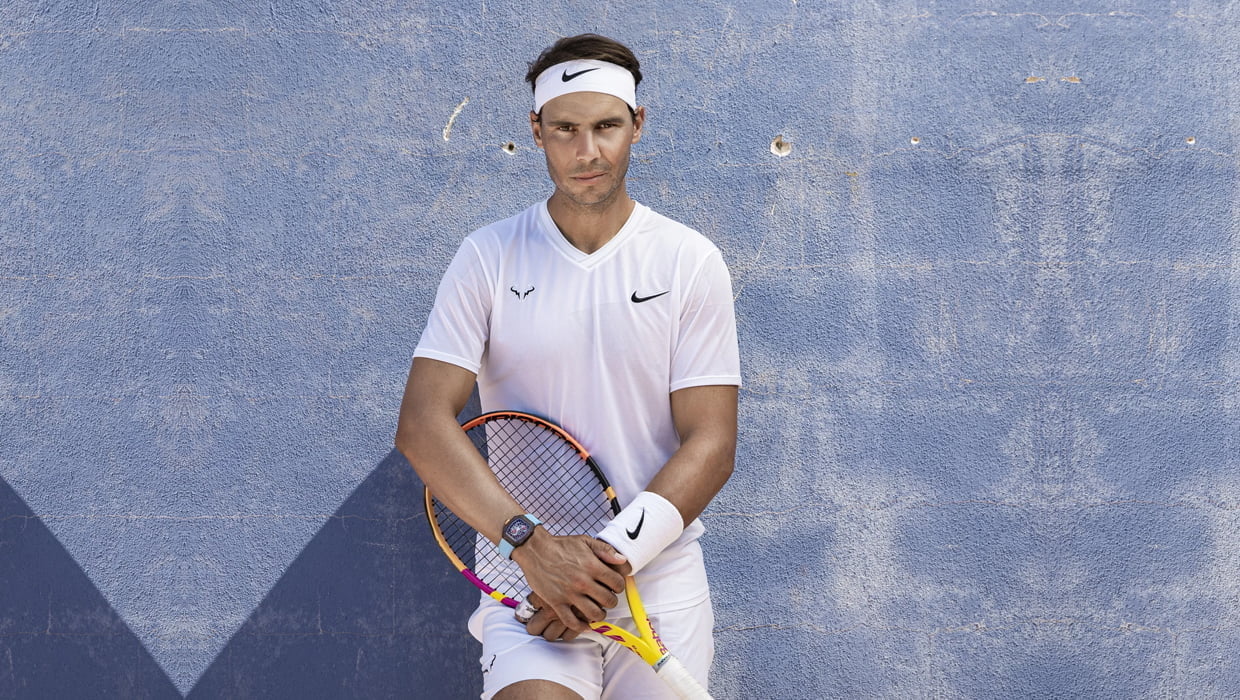 The love story of Rafael Nadal and Roland Garros has been continuing for 16 years. Let us take a brief look at the incredible past of Spanish legend in Paris…